My Life with the Thrill Kill Kult 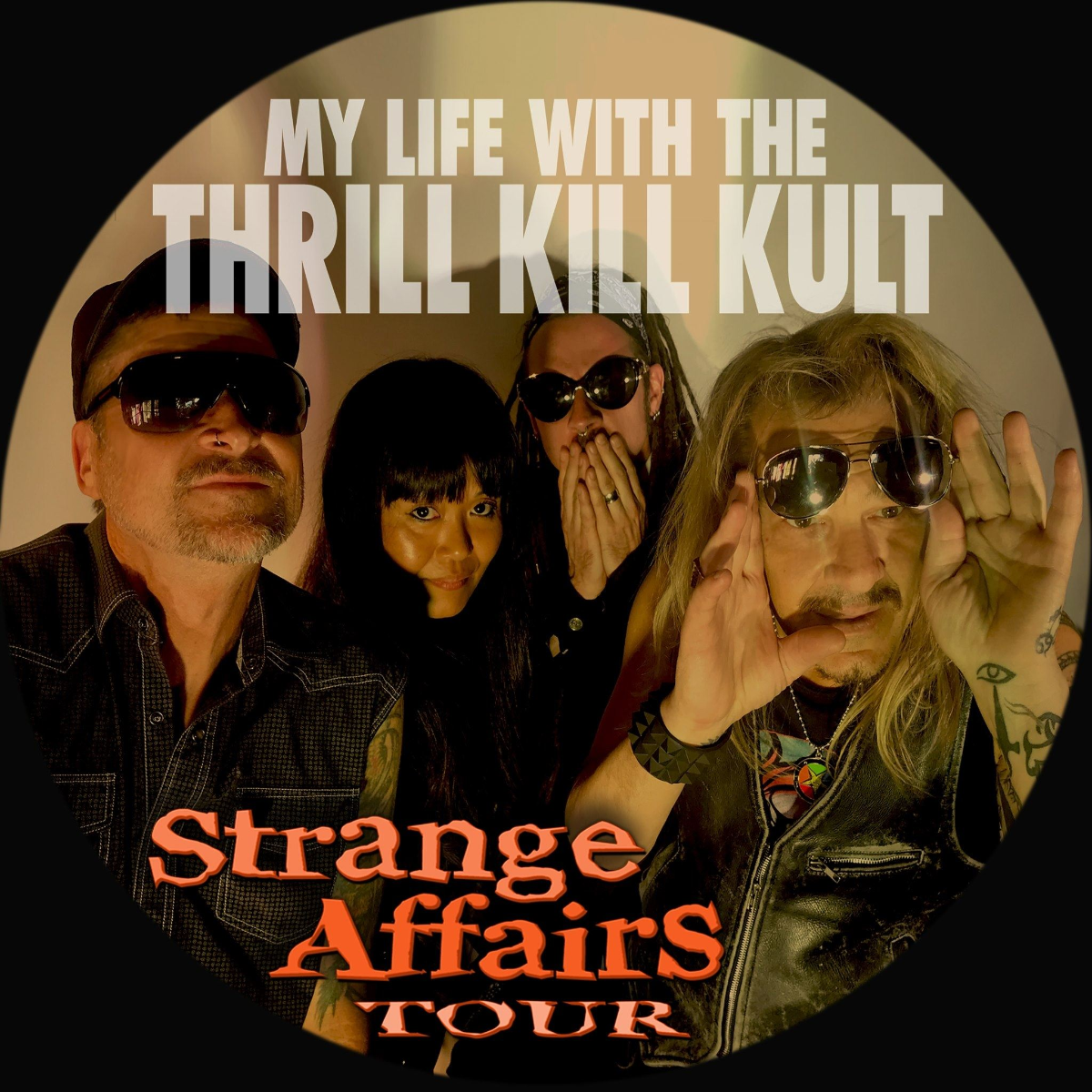 Originally formed in 1987 by Buzz McCoy(who had recently relocated from Boston) and Groovie Mann, the duo sought to create a worthy musical accompaniment that could be used as a soundtrack to trashy B-movies. The duo's initial project was to make a movie (in the style of Russ Meyer and John Waters) to be named "My Life with the Thrill Kill Kult." The movie never got off the ground, but McCoy and Mann used the aborted movie's title for the name of their just-formed group, as their over-the-top stage show was best described as "sensory overload". Signing on with Chicago's renowned industrial dance label Wax Trax!, the Thrill Kill Kult issued several releases between 1989 and 1991: a self-titled EP, plus the full-lengths I See Good Spirits and I See Bad Spirits, Kooler Than Jesus, Confessions of a Knife, and Sexplosion! By this time, the group had attracted the attention of Interscope Records, which signed up the Thrill Kill Kult and reissued Sexplosion!, which had spawned perhaps the group's best-known song, "Sex on Wheelz" (the track would also be featured in director Ralph Bakshi's animated movie Cool World. In 2004 the Ryko label acquired most of Wax Trax!'s releases, including early albums from the Kult. That same year they reissued the band's first three albums and released a new compilation, The Best of TKK, along with a set of remixes named Diamonds & Daggerz. In 2010 they introduced their own label Sleazbox with the album Death Threat plus the remix/re-recordings collection Sinister Whisperz: The Wax Trax Years. In addition to their own releases, My Life With the Thrill Kill Kult has contributed tracks to several movie soundtracks, including Paul Verhoeven's Showgirls, Greg Araki's Nowhere, and the hit flick The Crow (in the latter of which the group made a cameo appearance); and over the years, has toured with such renowned (and similarly styled) bands as Siouxie and the Banshees, Lords of Acid, EMF, and Marilyn Manson.