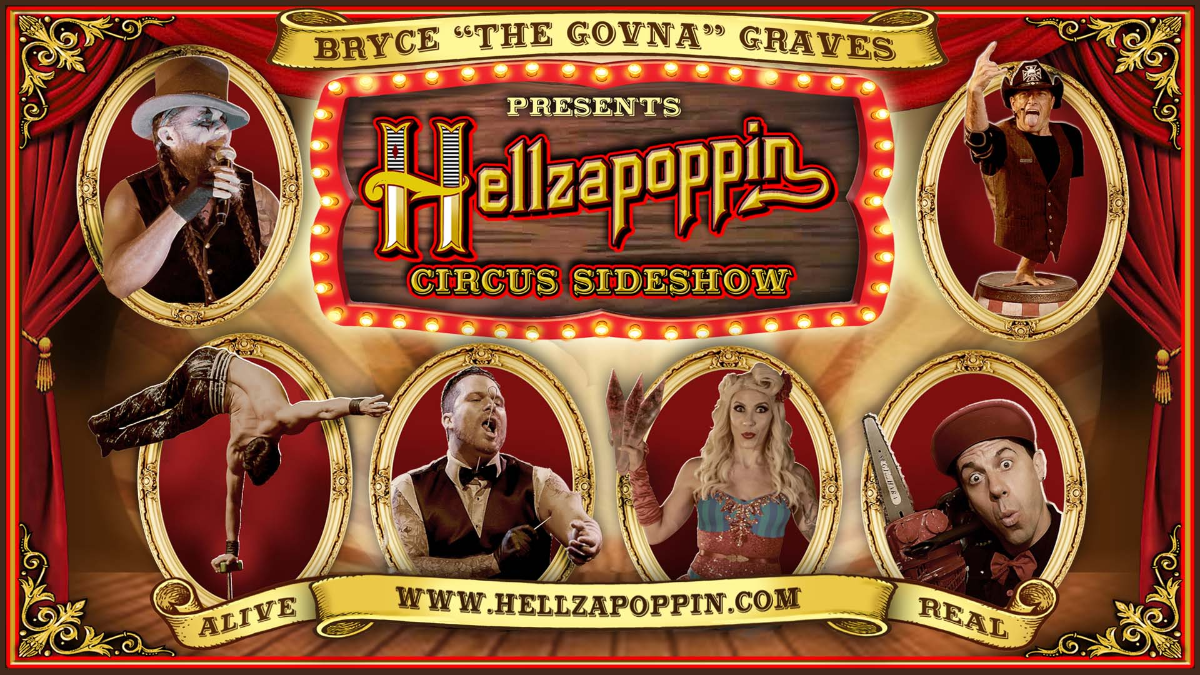 Additional Info
HELLZAPOPPIN CIRCUS SIDESHOW PERFORMING LIVE IN WESTLAND @ TOKEN LOUNGE
Doors: 7PM
Show: 8PM
Ages:
Price: $20 ADV G.A./ $25 DOS GA and $40 VIP seated ADV / $45 VIP Seated DOS
TICKETS:
---
ENTER AT YOUR OWN RISK!
The live stunts you will see can be considered extreme to some people. Parental guidance suggested. Hellzapoppin is a high energy rock-n-roll circus stunt show with loud music and strobe lights!
Named after the most successful Broadway Musical and movie from the late 30s and 40s, Hellzapoppin is the world's largest international touring rock-n-roll circus sideshow. This super-group vaudeville freak show of wonder has performed well over 3,000 shows and in 16 countries. They've toured with some of the biggest and most famous rock bands on the planet.
Spectators will experience one of the worlds last authentic circus sideshows featuring death defying stunts using the human anatomy and demonstrations of mind over matter, yet with no blood and no pain. You've seen theses world famous performers on AMC's Freak Show, Ripley's Believe It Not, Guinness World Records, Discovery Channel, Travel Channel, Americas Got Talent and more.
Hellzapoppin features record breaking LIVE stunts like fire eating and fire breathing, magic and illusions, acrobatic stunts, hand balancing, foot archery, sword swallowing, juggling, unicycling and more. You'll see human curiosities such as a real live half-man that is cut in half at the waist and walks bare-handed on razor sharp broken shards of glass...while on fire!
For more info see our website: www.hellzapoppin.com
Artists
Hellzapoppin Sideshow Review