Eliza Neals and the Narcotics 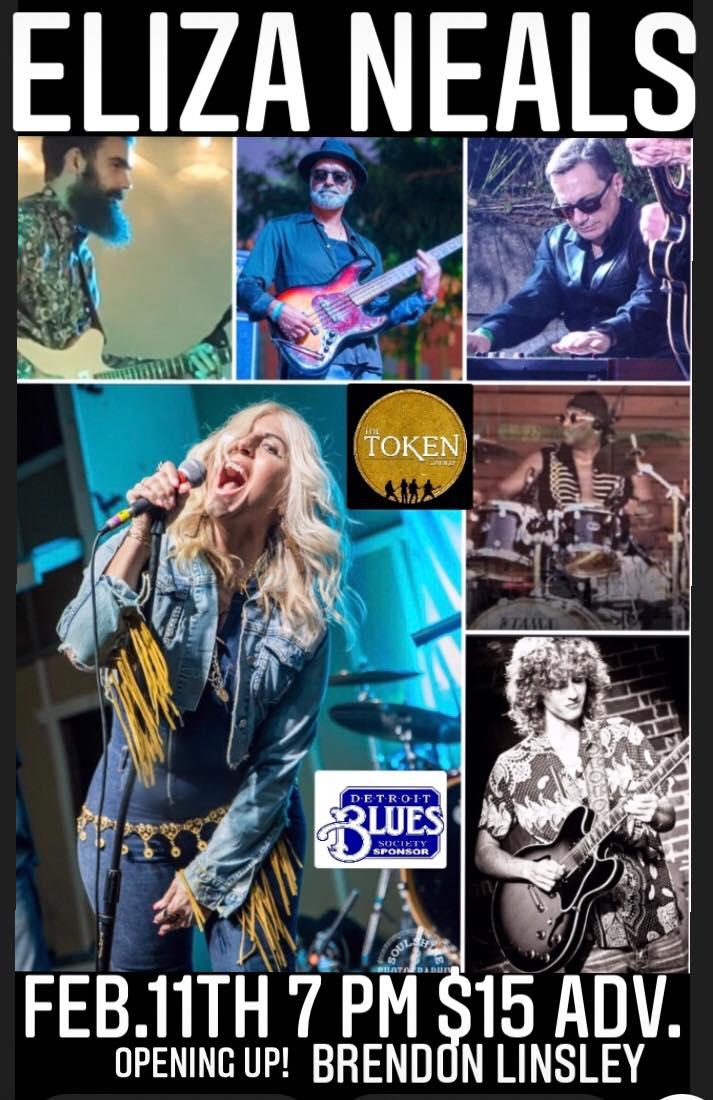 Additional Info
ELIZA NEALS born in Detroit, is the protege to Songwriter Hall of Fame inductee and Grammy Award winner Motown songwriting legend Mr. Barrett Strong. She has taken the bluesrock world by storm with her in incendiary vocal stylings and original compositions.Eliza's successful Tours of the EU UK and US have critics comparing her with Beth Hart, Susan Tedeschi and Koko Taylor. She has had FIFTEEN Songs in Heavy Rotation on SIRIUS XM BB Kings Bluesville since her 2015 explosive “Breaking and Entering" album. Eliza’s recent 2021 song “Sugar Daddy” with featured guest King Solomon Hicks reached #5 Top Blues songs on Sirius XM's Bluesville.  Her last album "Black Crow Moan" featuring blues Hall of Famer Mr. Joe Louis Walker and Rock icon Derek St. Holmes left them speechless during the pandemic of 2020.
Guesting, opening up for and recording with iconic bluesrockers like Walter Trout, Joe Louis Walker, Popa Chubby , Gary Hoey, Tommy Castro, Mike Zito, Albert Casatiglia ,  Pat Travers, Derek St. Holmes plus more has made her a fan favorite.
“At first glance, Neals’ voice shares a Janis Joplin and Etta James singing style; but her own unique and tremendous talents make her specifically superior and very, very likable.” Blues Music Magazine
Eliza recently won “BLUES ARTIST OF THE YEAR 2018” in the prestigious Detroit Black Music Awards. Fans voted for Eliza Neals, as she won the approval of the esteemed Detroit blues community. Eliza Neals has FIVE trophies in Blues and Rock from the Detroit Music Awards, along with many nominations. The Independent Blues Awards has nominated Eliza for a total of fourteen nominations since it’s inception.
Her radio charting and press is phenomenal, along with real youtube, spotify, amazon, itunes, facebook and instagram numbers, however the standout is seeing Eliza Neals perform live. “Eliza’s shows are exciting, intoxicating and jam packed with sultry powerful vocals, spirited moves and soulful piano playing, all while leading her stellar band ...not missing a beat.” Detroit Free Press
Artists
Eliza Neals and the Narcotics