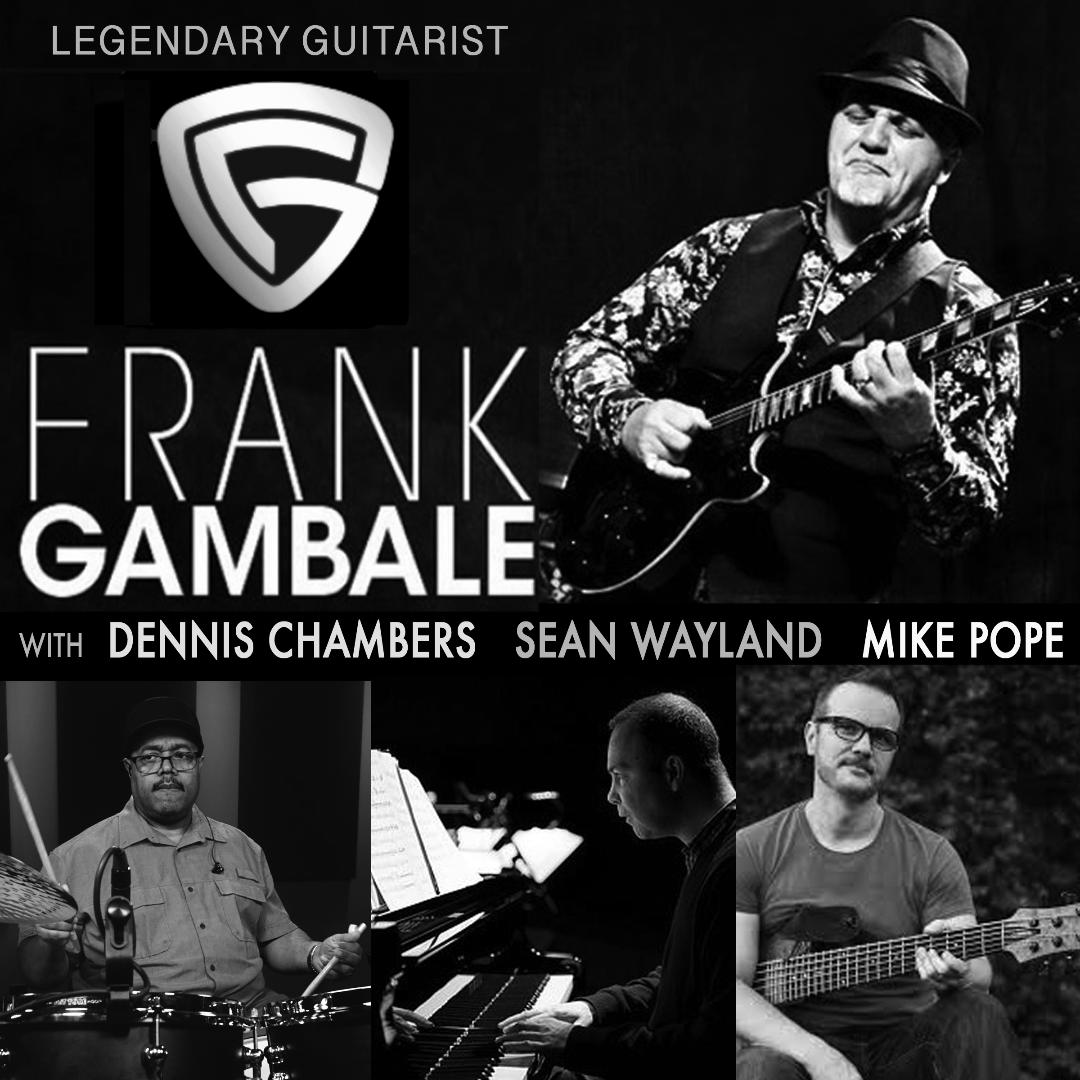 Additional Info
FRANK GAMBALE
Online tickets go off sale at 6pm. Then after you can buy your ticket at the door.

Grammy winning guitar virtuoso, FRANK GAMBALE, exploded on the L.A. scene in the early ‘80s. His meteoric rise to fame is a testament to his passion-powered playing – a style Rolling Stone magazine called “ferocious!" Australia born and California based Frank Gambale is an inspired songwriter with more than 250 songs published on 20+ albums. His music touches on many styles from rock, funk and jazz to R&B and some Latin and Brazillian influences. As a legendary guitarist, Gambale is an undisputed genius who originated the "sweep picking" technique (a new way to play the instrument) and elevated it to a precise art form now standard in the guitar lexicon. The "Gambale Sweep Picking Technique" continues to inspire generations of musicians. Jazz, rock, metal and progressive artists alike are united in their awe of Frank as both an amazing technician and an unsurpassed musician.
Jazz legend, Chick Corea, described Frank: “Everything you touch with your guitar turns gold – always has.”
Guitar great, John McLaughlin, joked: “I’d like to cut his hands off.”
Jazz guitarist Pat Metheny says of Frank: “I’d like to take a month off and study with Frank Gambale.”
Dweezil Zappa said "studying Frank Gambale's Sweep Picking technique enabled me to play the hardest parts of my father's music that he himself didn't play."