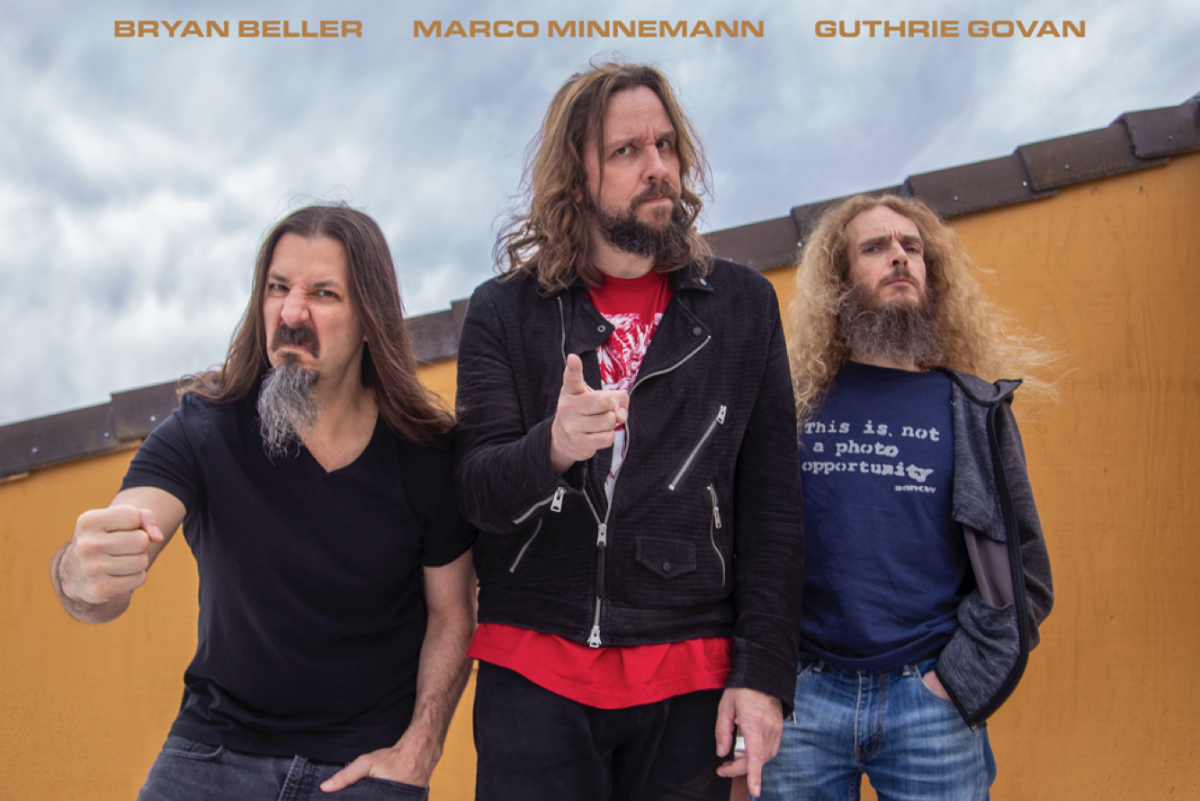 Additional Info
YOU CAN BUY YOUR TICKET AT THE DOOR. ONLINE TICKETS ARE NOW OFF SALE.
Showtimes:
09:00pm - The Aristocrats
08:00pm - Travis Larsen Band
Doors open at 7pm

The Aristocrats
(Guthrie Govan, Bryan Beller and Marco Minnemann) have released critically acclaimed albums, toured the world, and established themselves as one of the most musically original, refreshingly irreverent, and astoundingly entertaining instrumental rock-fusion acts on the planet. Call them a virtuoso supergroup if you must, but their musical high-wire act - employing random amounts of rock, jazz, pop, metal, and even traditional country - is informed by the spirit of a true band, one whose improvisational soul allows for anything to happen onstage at any moment…including the occasional wink and nod at the audience.

The Aristocrats are touring to promote their most ambitious and exploratory studio album yet, entitled You Know What…?, and will be supported by fellow rock-fusioners, Travis Larson Band.  With seven studio albums and three full-length performance DVDs, the award-winning Travis Larson Band is firmly rooted as one of instrumental musics premiere acts, having worked on record with Steve Lukather (Toto), Victor Wooten (Bela Fleck), Dave LaRue (Joe Satriani, John Petrucci, Dixie Dregs), Vinx (Sting, Herbie Hancock).

"Silky bends, sweet legato lines, and tuneful shred characterize Larson's playing... instrumental rock fans should catch this guy."
-Guitar Player Magazine
Video
Artists
The Aristocrats
What do you call an act who blends elements of dirty rock, folk, jazz, and explosions of esoterica into one mind-melding album? The Aristocrats, of course.

The Aristocrats (guitarist Guthrie Govan, bassist Bryan Beller and drummer Marco Minnemann) are perhaps the best known instrumental rock-fusion band on the circuit and have just recorded their most ambitious and exploratory album in their eight year history. You Know What…? is the fourth studio album from the trio and includes nine new tracks recorded at Brotheryn Studios, Ojai, CA.

In true Aristocratic tradition, each band member wrote and produced three songs which were brought to life in the studio thanks to the band’s instinctive chemistry and shared musical vocabulary. Having taken a little time away to work on other projects, the band were excited to be back together doing what they do best and producing a sound that’s at once fresh and new but unmistakably the work of The Aristocrats with their trademark blend of discipline and musical freedom. True to form, the album doesn’t hitch its wagon to any one genre. The only rules the trio live by are that the music must be pleasurable for the listener and it most definitely has to be fun to play.

A glance at the track listing for You Know What…? may cause some raised eyebrows from those unfamiliar with the band. For fans however, it’s a tantalizing glimpse of the stories behind the songs that the band will soon be sharing with audiences all over the world on their upcoming world tour, which begins in North America this summer. From the filthy, greasy rock of "D Grade F*ck Movie Jam" and "Terrible Lizard", to the quirky anything-goes madness of "Spiritus Cactus" and "Spanish Eddie", to the lavishly arranged "Burial At Sea" and "When We All Come Together", and to the timeless melodies of "All Said And Done" and Last Orders", You Know What…? is an album full of addictive grooves, high energy jamming and seemingly impossible musical twists and turns. The Aristocrats are undoubtedly back and ready to blow some minds.

The band are pretty pleased with how it turned out, commenting that: “On You Know What…?, we feel like we inspired each other as songwriters and musicians to do things we've never done before as a band. We know each other pretty well now, and we used that familiarity to really get after it in the studio and push the boundaries of what we can accomplish on a record. And still, it's totally, completely an Aristocrats album. We think it's the coolest thing we've done yet by far.”
Travis Larson Band