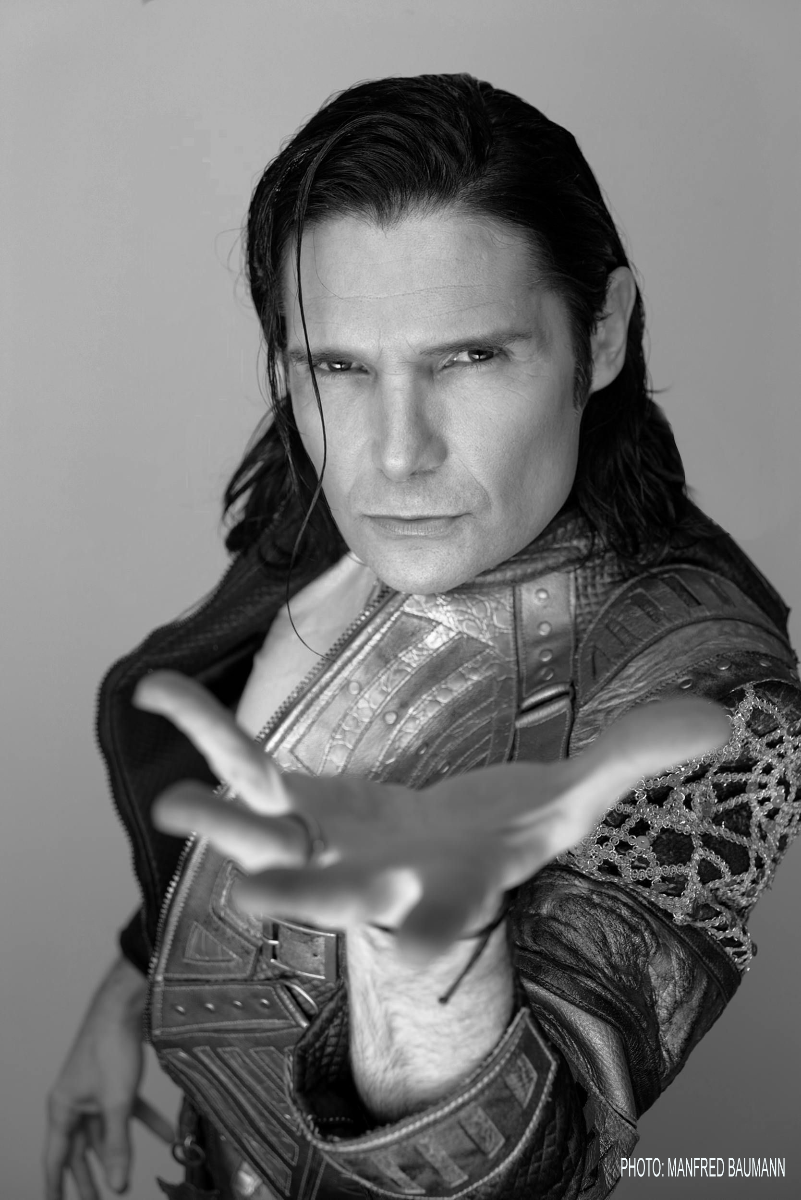 Additional Info
COREY FELDMAN will be performing with his band. He also will be doing a Meet & Greet. Get your photo taken with him & get something signed.
Showtimes:
09:00pm - COREY FELDMAN
07:45pm - Paul Nelson Band
07:00pm - Stompbox
Doors open at 6:30pm
Advance tickets $20 & $30 at the door
18+w/proper ID & All Ages w/parent
No Re-Entry / No Outside Beverages / No Backpacks
BLUES/ROCK GUITAR GREAT PAUL NELSON and HIS AMAZING BAND ON TOUR
Whether it's headlining international festivals, performing to sold out shows at many of music's most prestigious stages or iconic clubs world wide Nelson's guitar mastery and band in a live setting are the most exciting and unforgettable for all who attend.
Being blues/rock icon Johnny Winter‘s hand-picked touring and recording guitarist joining in 2010 is just one of the accolades held by Grammy-winning guitarist Paul Nelson who has also shared the world’s stages and/or recorded alongside Eric Clapton, Buddy Guy, Billy Gibbons, Susan Tedeschi, Dr. John, John Popper, Slash, Warren Haynes, Derek Trucks, Vince Gill, Sonny Landreth, Ben Harper, Joe Bonamassa and the list goes on.
With appearances on late night with David Letterman and Jimmy Kimmel, Nelson a blues hall of fame artist is known for his amazing tone and playing style by an ever growing legion of fans establishing him as one of today’s leading modern blues guitar trendsetters.
"He's a Great Guitar Player" "Brother Paul" - Buddy Guy
"Fantastic Guitarist" - Sonny Landreth
"Paul's an Amazing Musician" - Johnny Winter
"Great Guitarist" - Warren Haynes
"What else can we say about Paul Nelson except...Chops Deluxe."- Guitar World Magazine"
"An A-List guitar player...one of the most technically dazzling players around today."- Guitar Magazine
"He’s a soulful player who has chops to burn. The word ‘ferocious’ comes to mind, or ‘take no prisoners’“
- Vintage Guitar Magazine
Nelson received a Grammy award for his work performing on and producing Winter's "Step Back" release on Sony Records, winning "Best Blues Album of the Year" highlighting his already long list of Grammy Nominations. As well as the BMA "Blues Music Award" for "Best Blues/Rock Album" reaching #16 on the Billboard Top 200 and staying at #1 on the Billboard Blues Charts for weeks. He is also a recipient of the Blues Foundation's KBA "Keeping The Blues Alive Award".
Nelson also appears in the award winning documentaries: "Down and Dirty" The Johnny Winter Story and "Sideman: Long Road to Glory" (feat: Bonnie Rait, Gregg Allman, Hubert Sumlin),
Staying at #1 on the "Hot New Releases" charts for months. Nelson's latest project "Badass Generation" on Sony Records, still maintains his unmistakable connection to the Blues, but it also finds Nelson showing his many other musical dimensions that his ever growing fan base has come to expect and who consider him to be one of music's most respected and influential contemporary guitarists...
"Love this album - the sound and the energy. Gorgeous Tone, searing guitar work!" - Wall Street Journal - "The Paul Nelson Band Rocks!" - Goldmine Magazine. Come see why this guitarist’s guitarist and his exciting band are packing houses on tour now
PAUL NELSON - LEAD GUITAR
LARS CHAPPELL - BASS GUITAR/ LEAD VOCALIST
JOEY PARFUMI - DRUMS